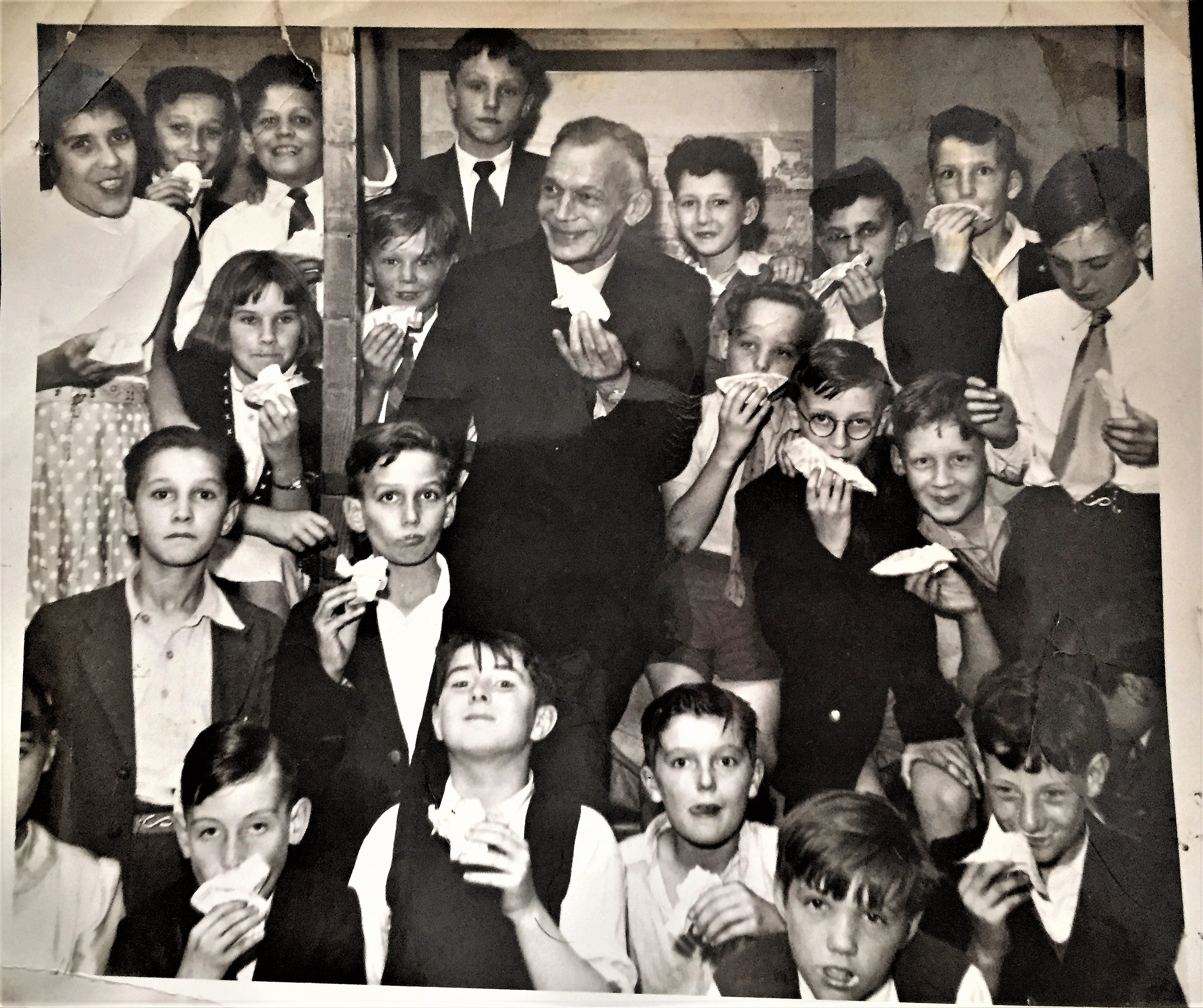 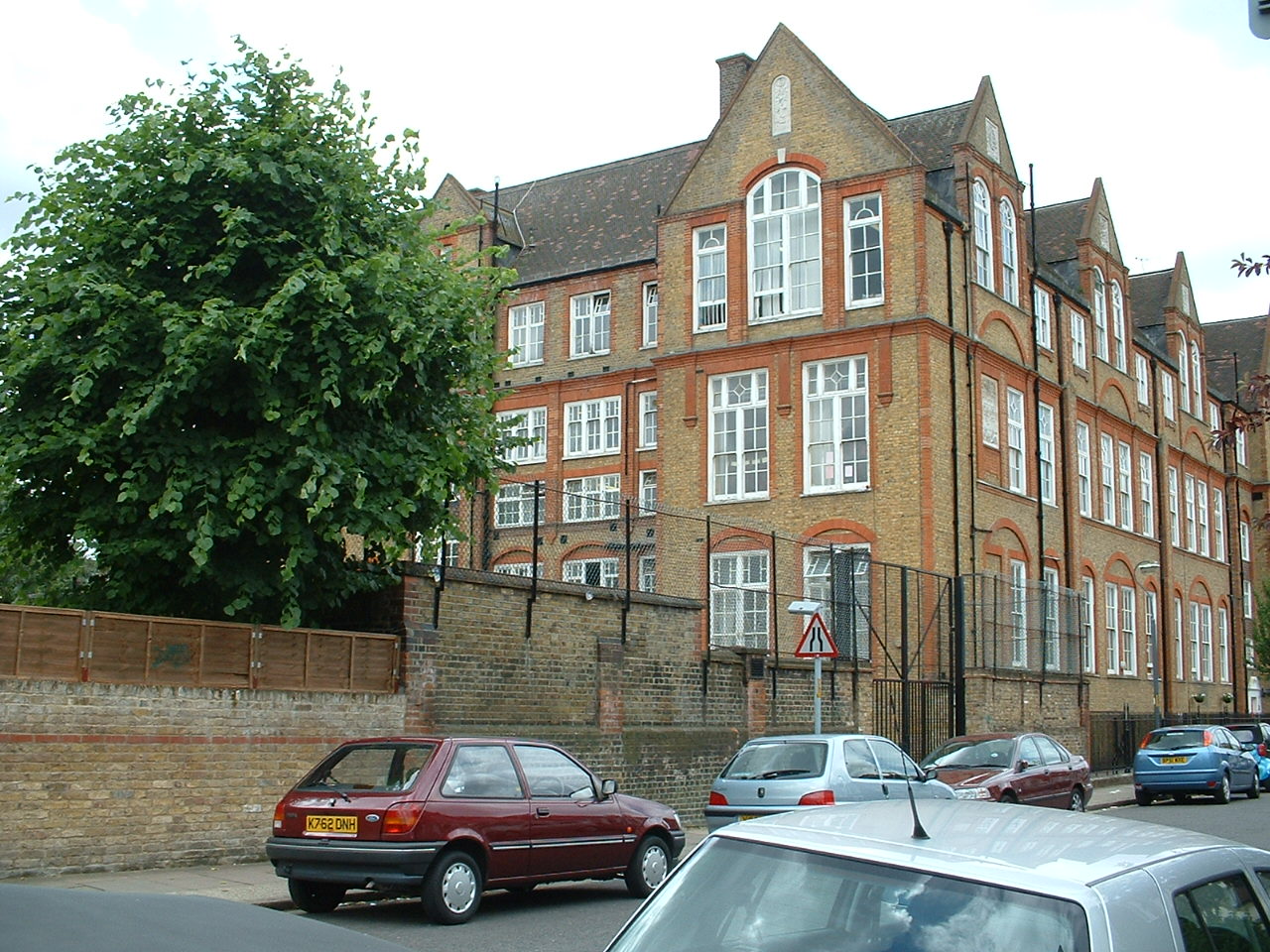 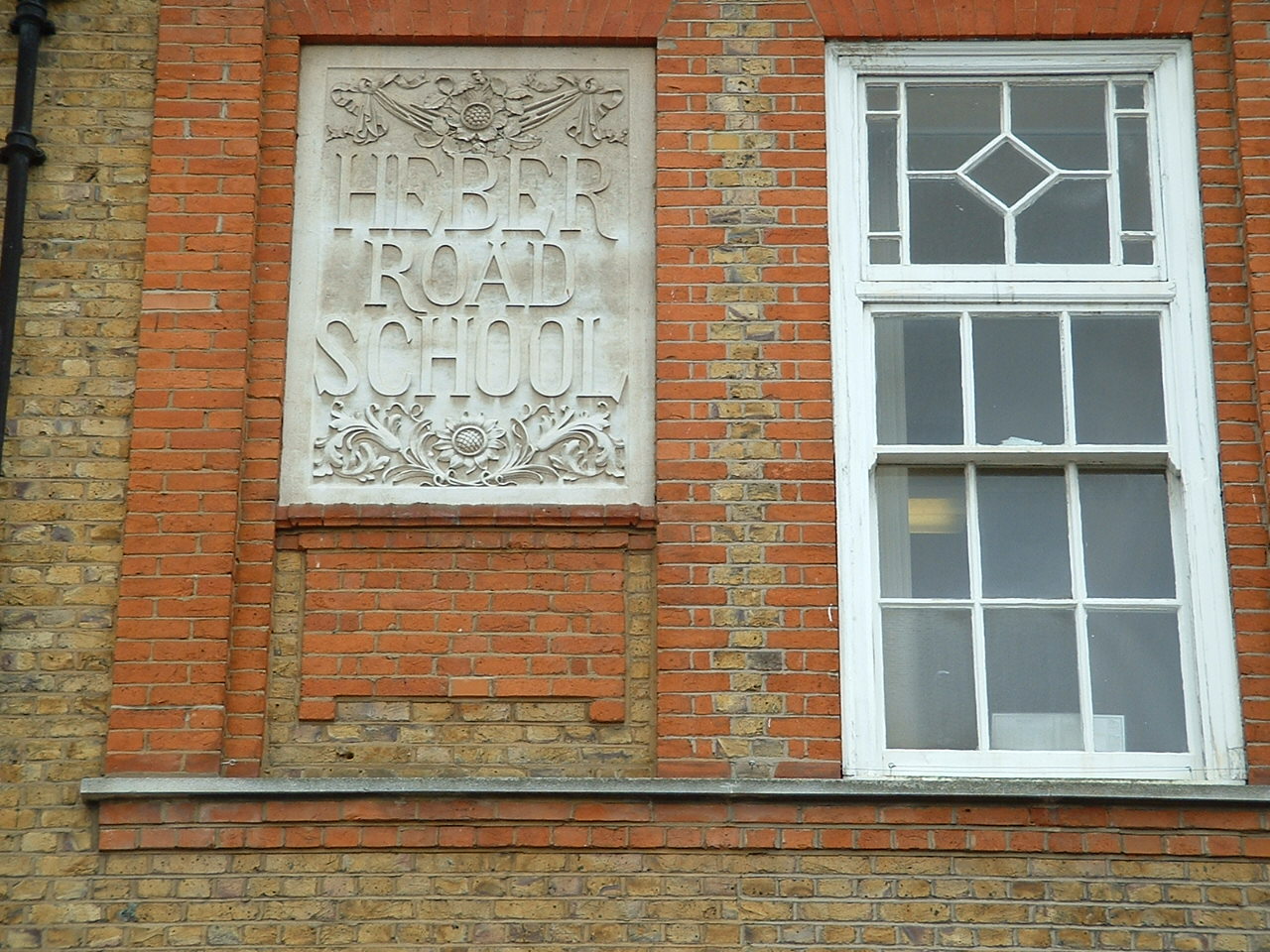 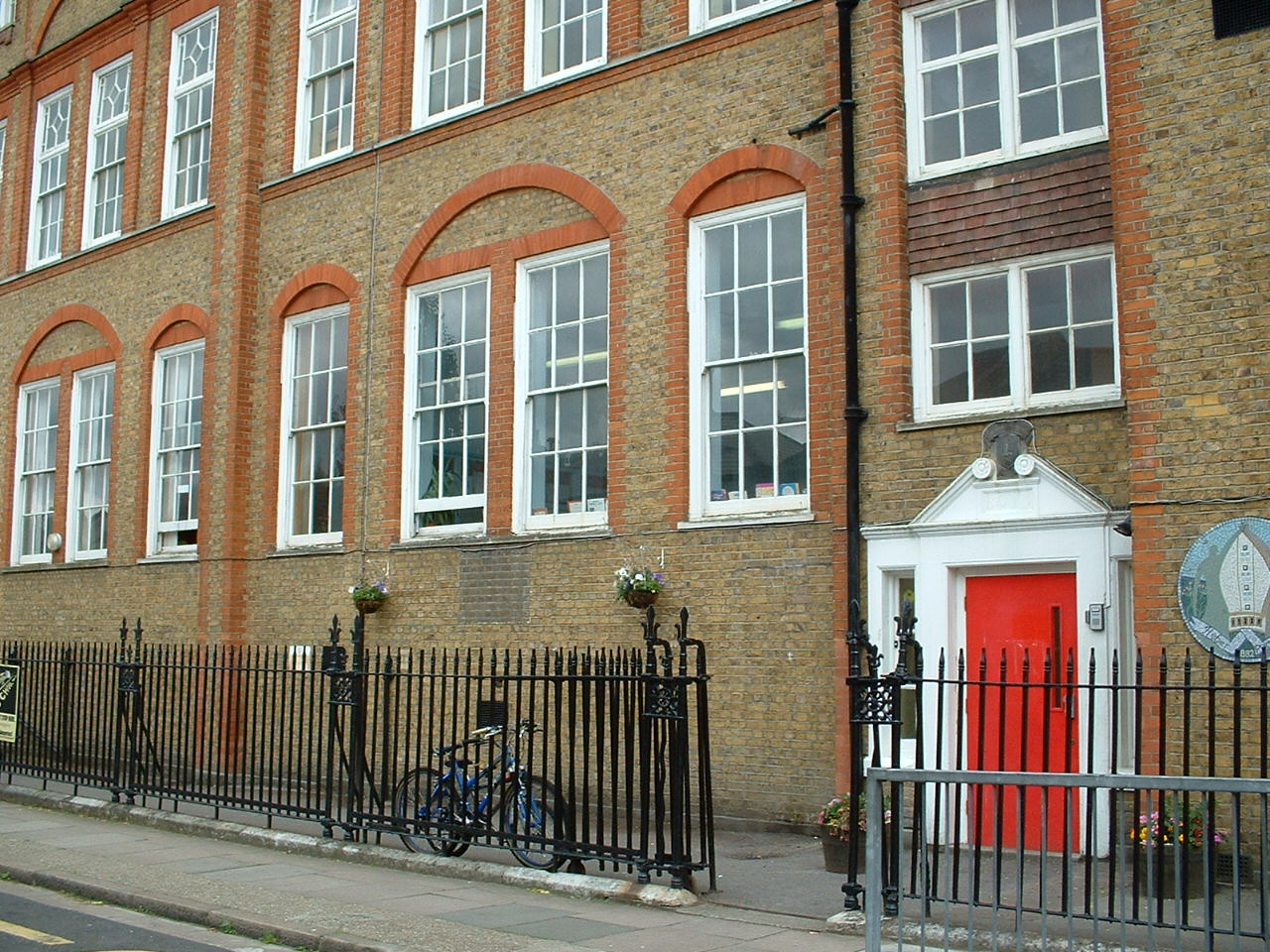 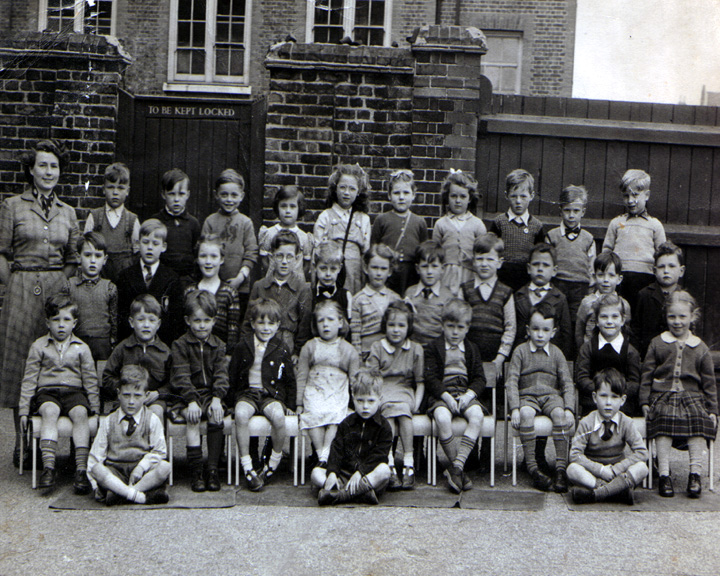 John Jackson wrote : “I am in the first group photo in the back row, second in from the right. I doubt the bow tie was my idea. The teacher is Miss Robin who married a little after this photo was taken and then came Mrs Moth I believe. My best friend there was John Pitter who is on the other end of the middle row just in front of Miss Robin.
When I left Heber in 1959 I went to William Penn which I did not enjoy but managed to have a successful banking career in the city which was great fun as well.
My late wife trained as a nurse at Kings College Hospital.
I lived in Barry Road until 1957 then we moved to Sunray Avenue in North Dulwich.
I also went to Cubs at Heber, 8th Camberwell (1st Australian)” 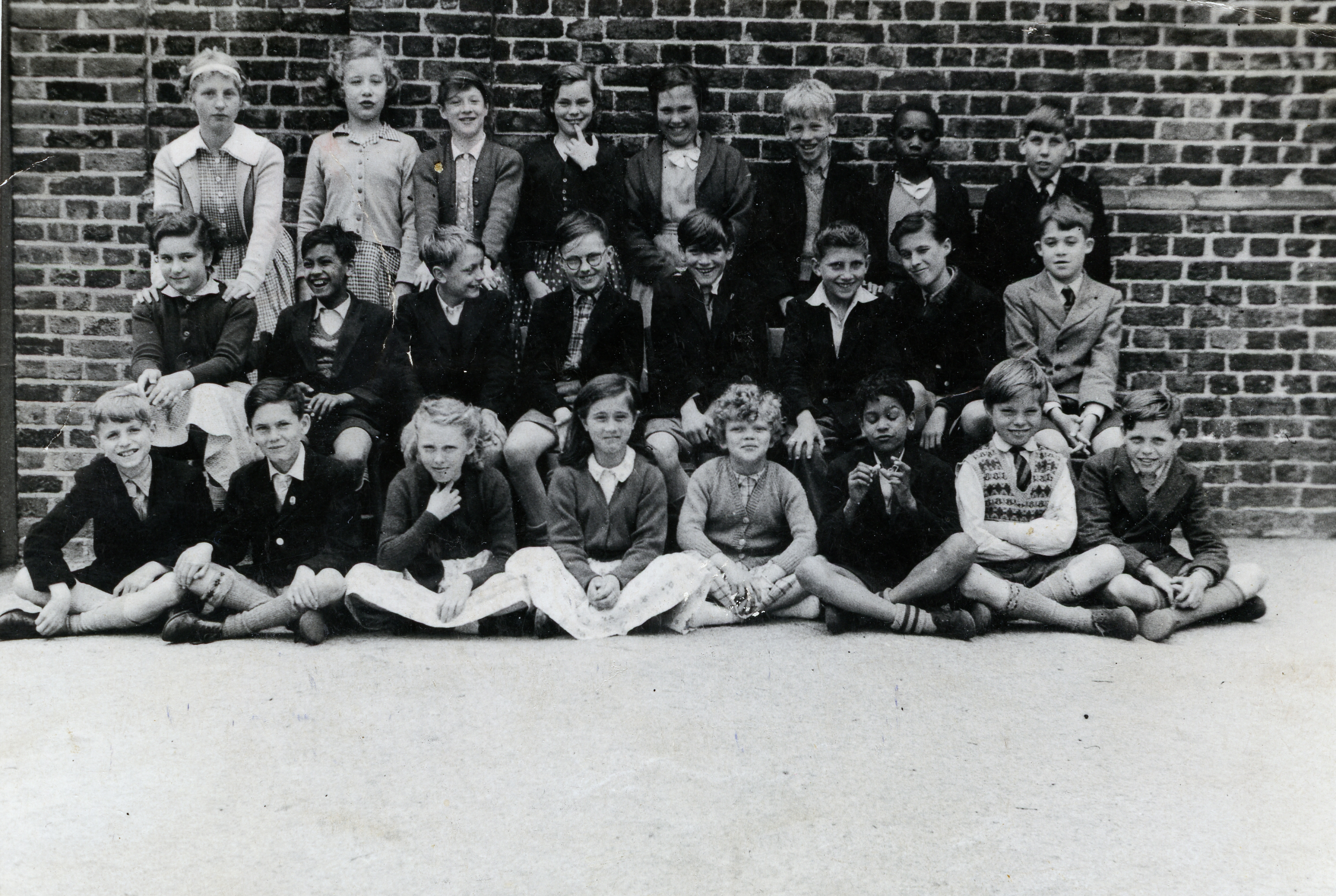 My brother Freddy is pictured below in the classroom, front row, 2nd from the right 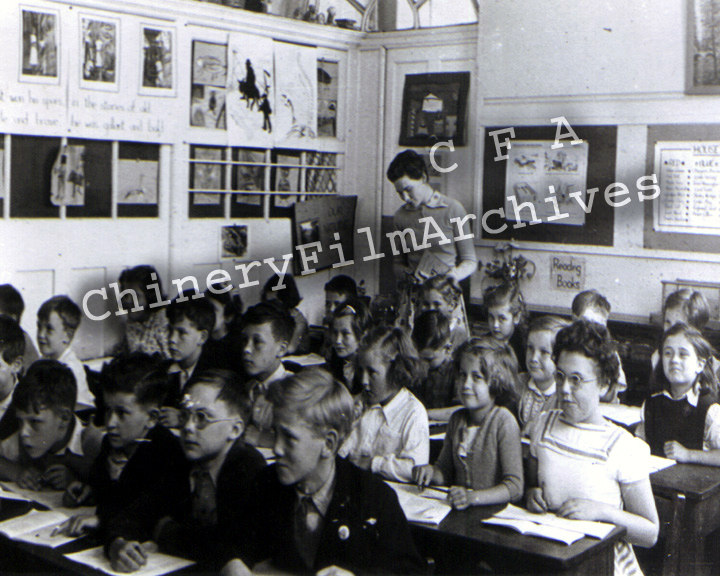 Below is a photo of my Dad, Frederick Chinery Snr at Heber Road School, back row, 2nd from the right, this photo was probably taken around 1934/35 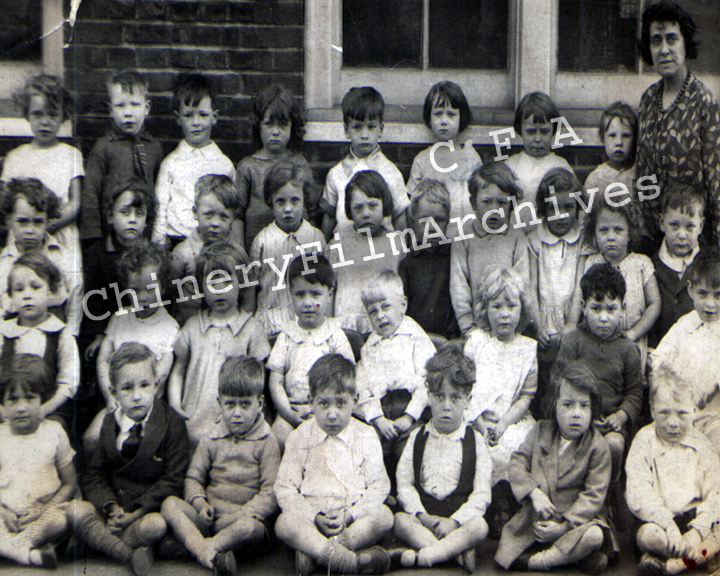 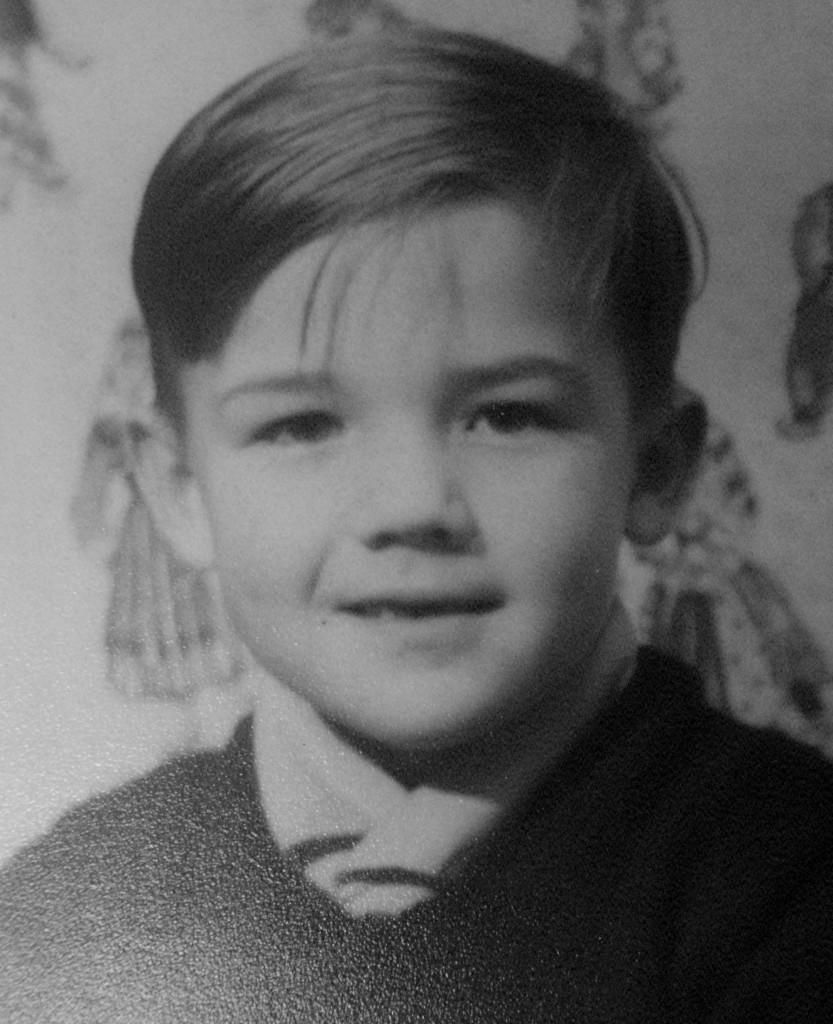 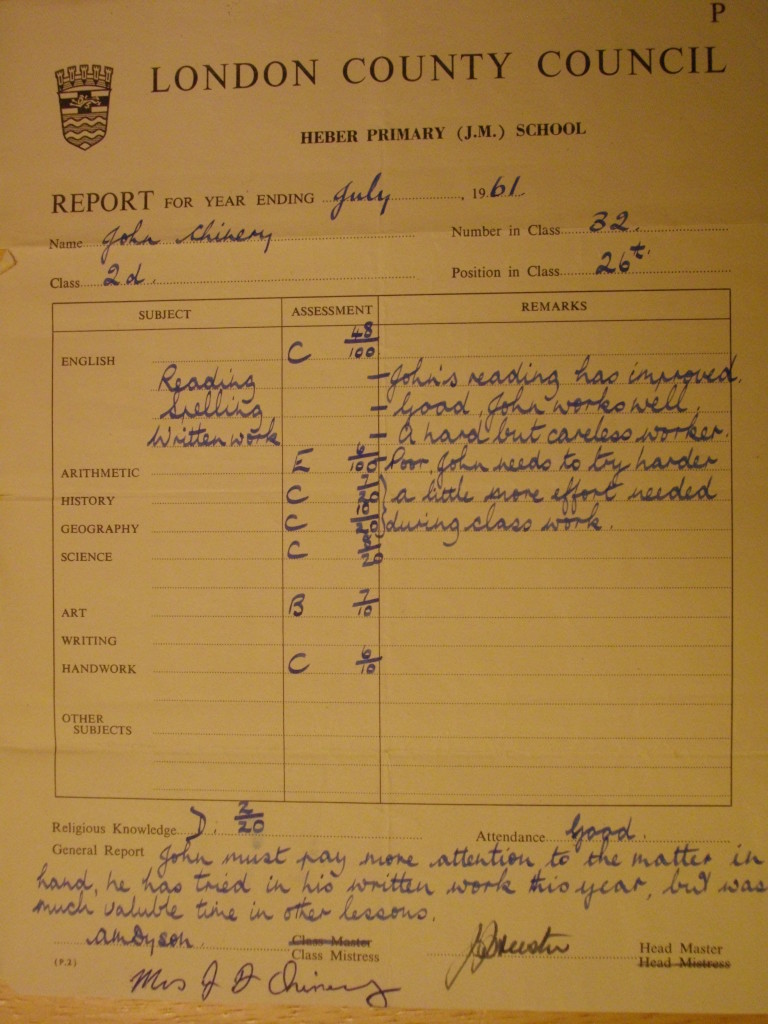 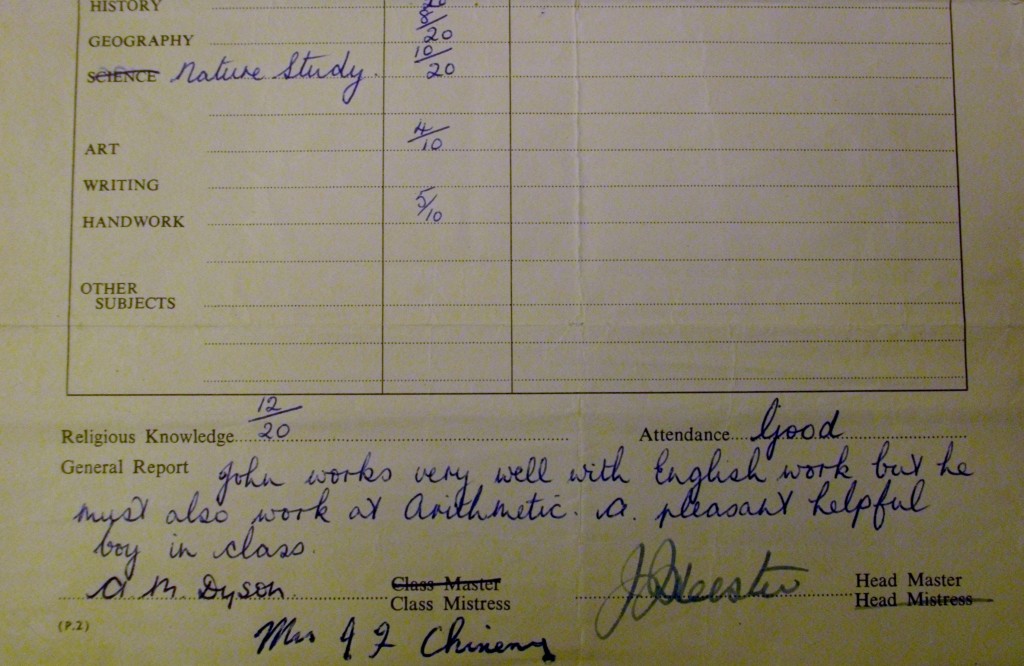 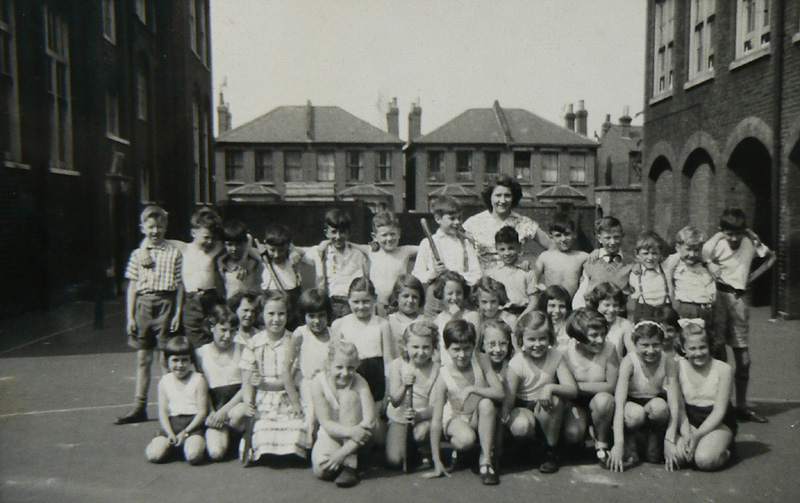 The photo above was taken in the boys playground at Heber Road School between 1958 & 1961, the Science Lab on pillars to the right, the school to the left, and the houses at the back are situated in Heber Road. The copyright to this photo belongs to Pamela McNamara. Pam is the one far left at the front, kneeling. Pam recalls,

“I don’t remember much but Miss Bromley was lovely. And I remember Mr Ibbotson slippering the boys. I was always last in any sports as I was the smallest person in my year (probably in the whole school!!). I hated PE and sports and always tried to get out of them. I think I remember a shop called Bradshaws which was on Goodrich Road. I remember the two off licences opposite each other on Goodrich Road too – one run by Mr Cross and the other by Mr Evans. I was born in 1951 and started at Heber in 1956. I lived in Friern Road. I remember 2 boys in particular – Paul England and Peter Morris. I was friends with them. I remember that I was neither happy nor unhappy at the school. It was just school.

Many Thanks for your help Pam. 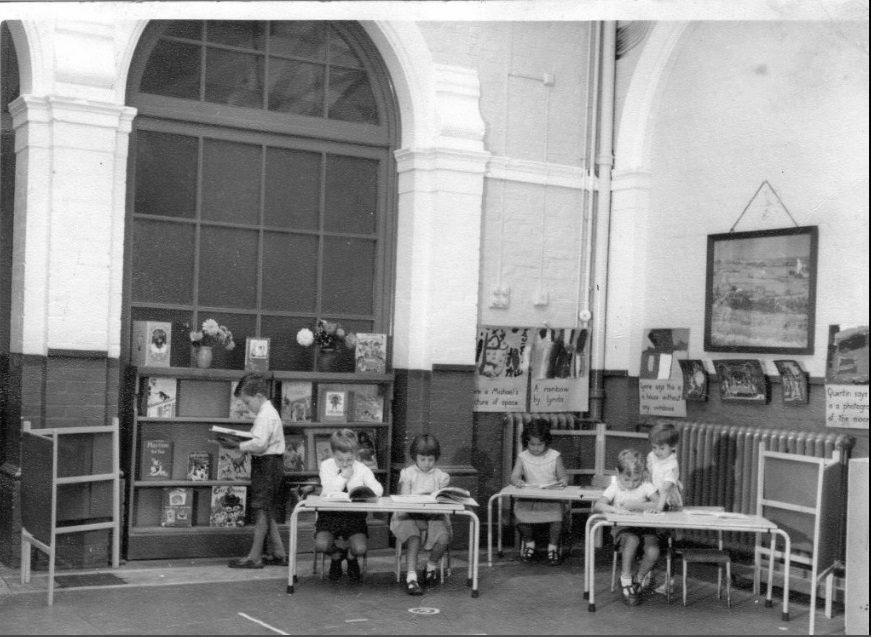 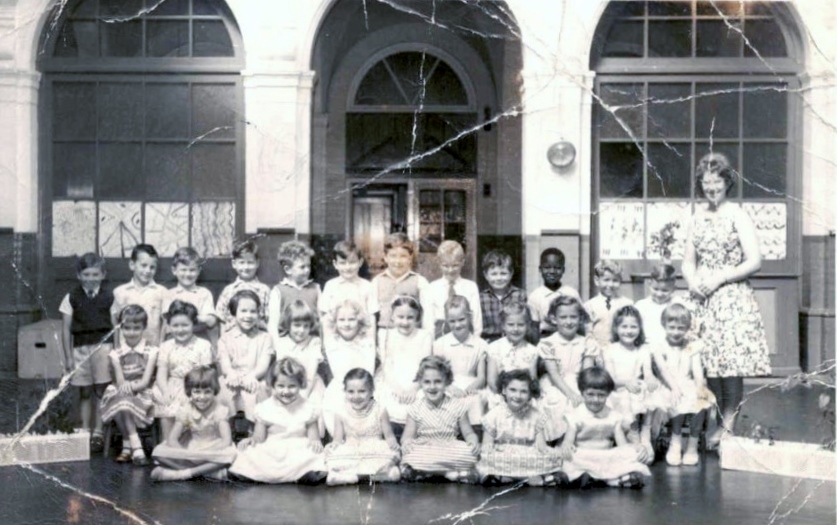 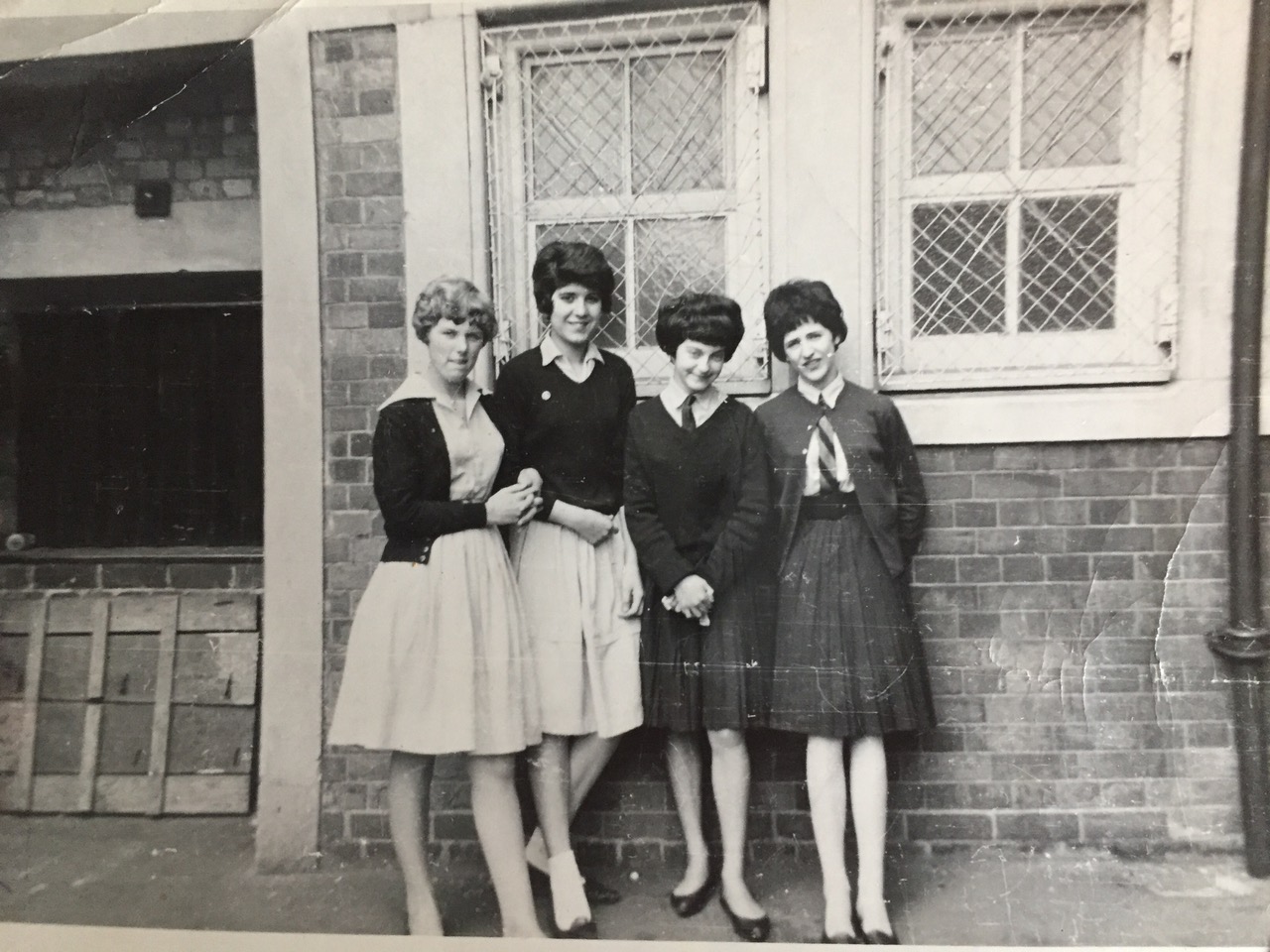 After me & my brother Freddy Chinery left Heber Road we both went to Thomas Calton Secondary School, there was two parts to this school one was in Adys Road and the other was in Choumert Road, Peckham 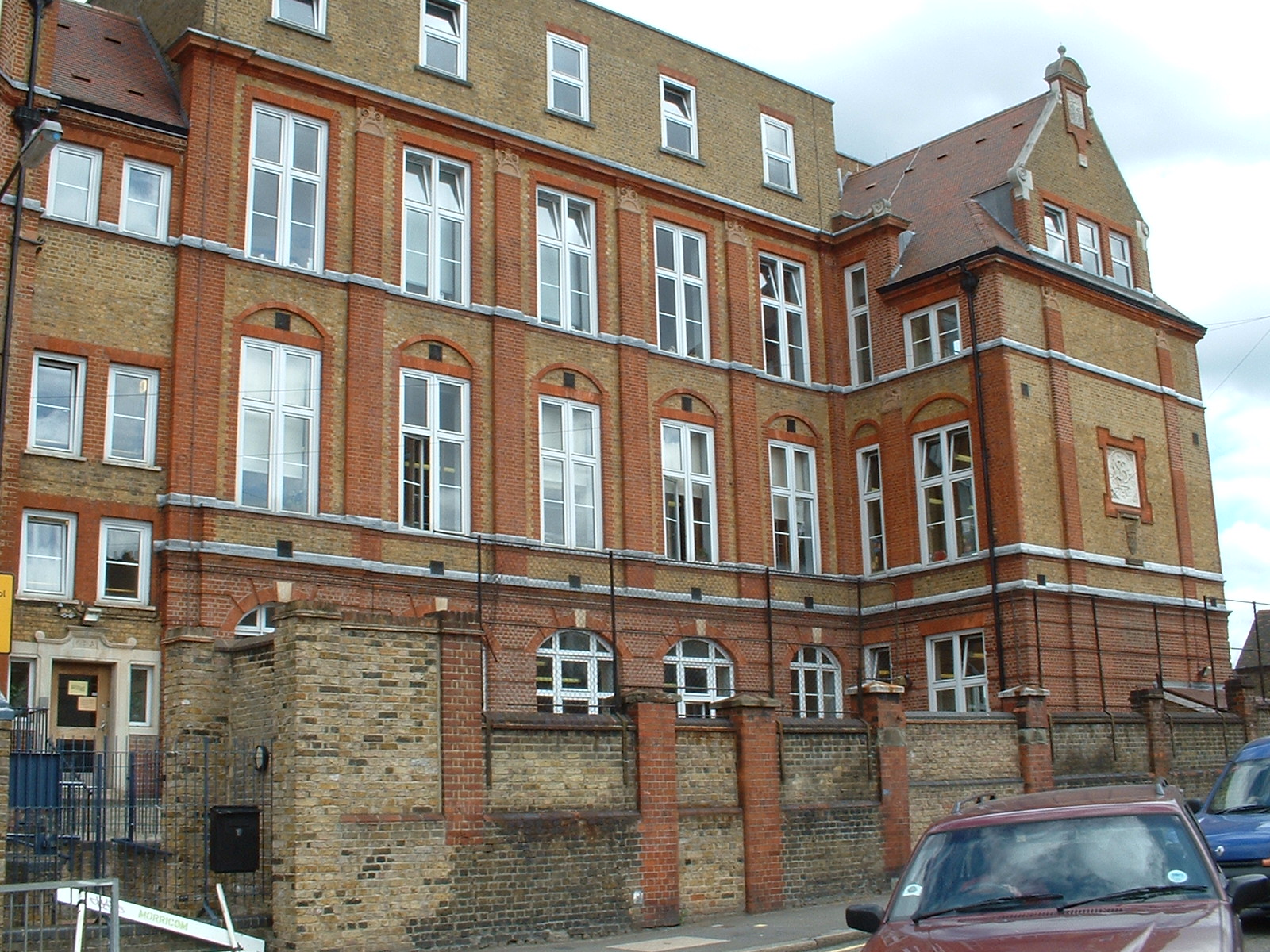 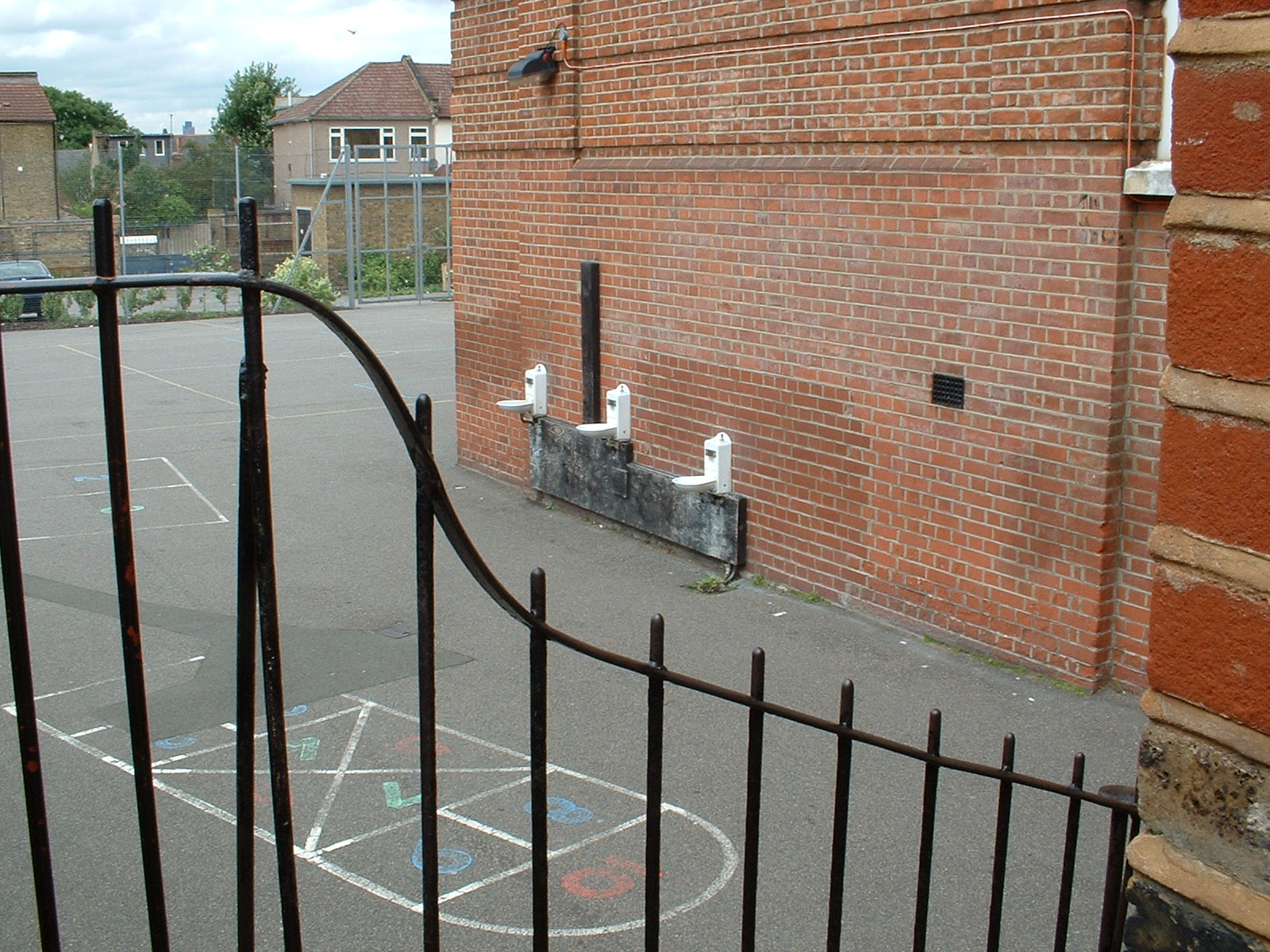 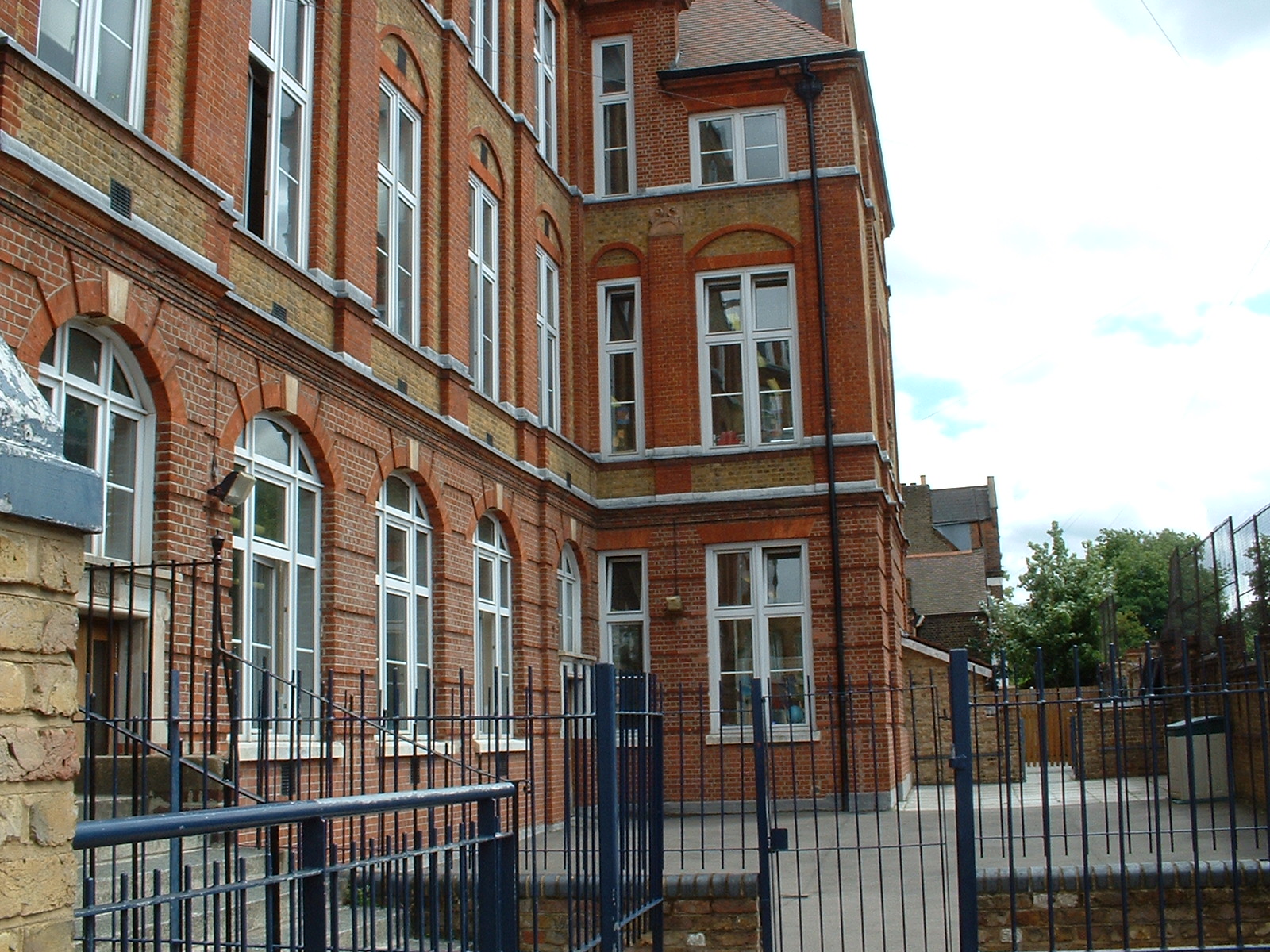 All the exterior photos of both schools were taken approx in 1998, 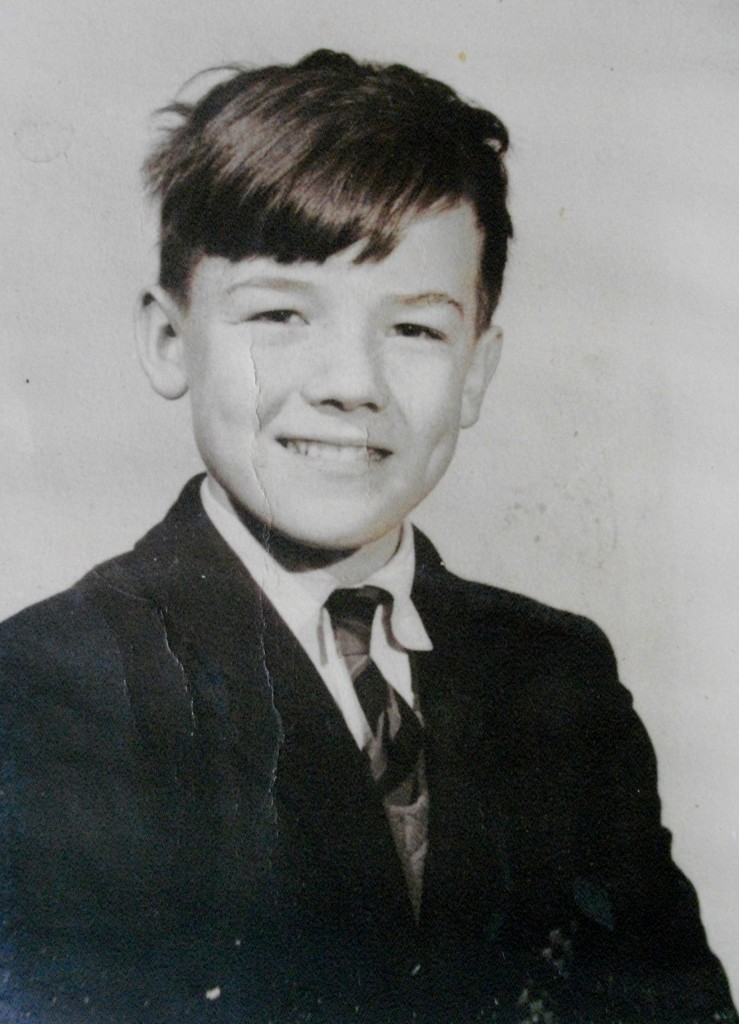 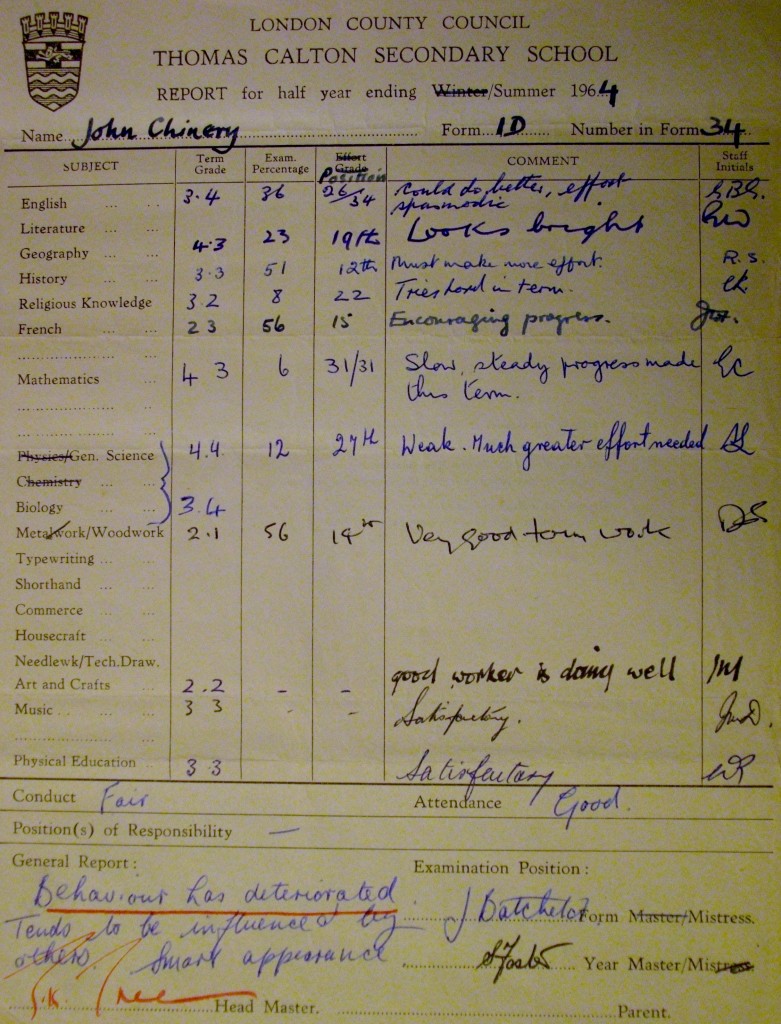 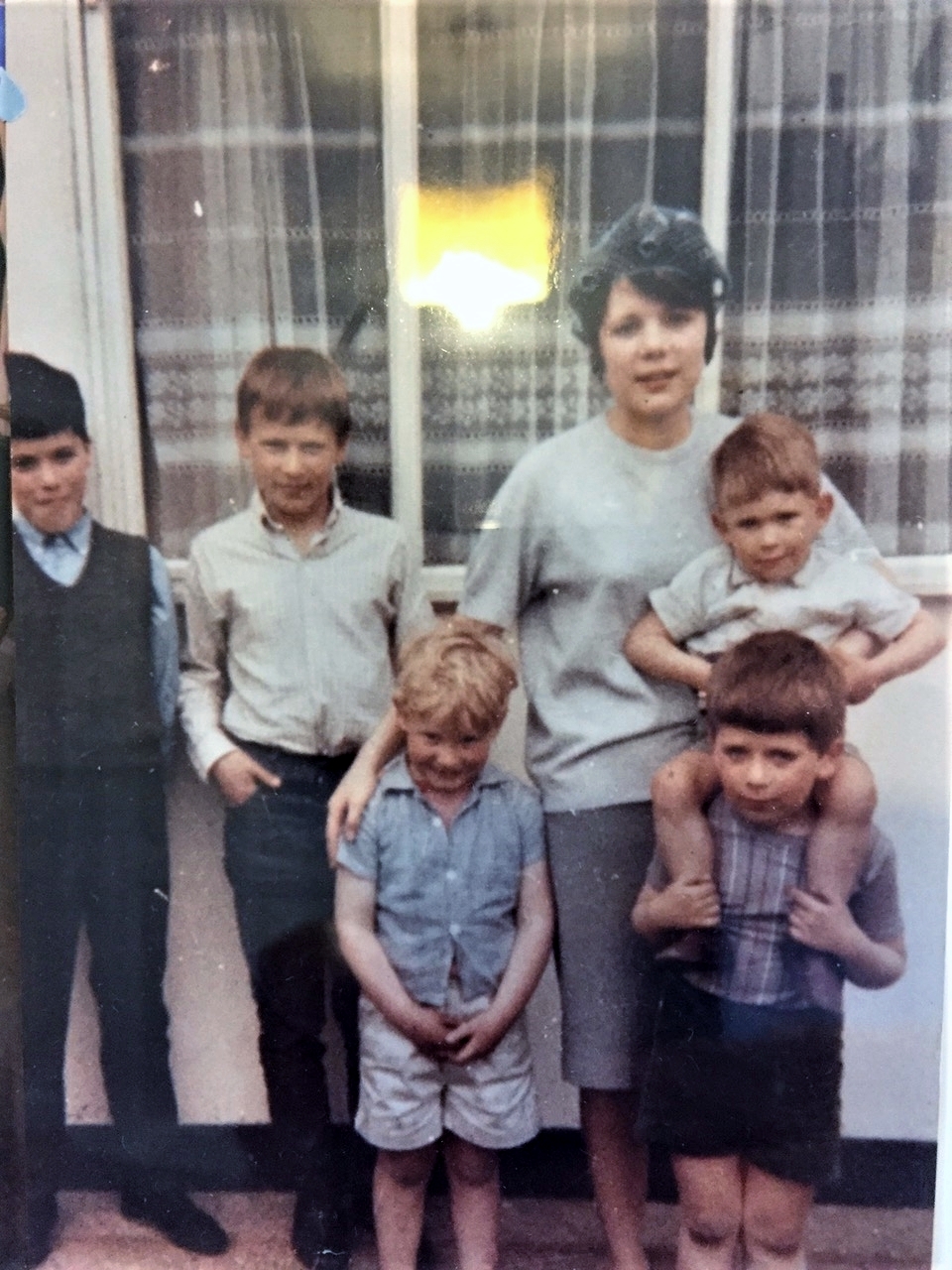 Taken outside our prefab in Upland Road, probably around 1965 ppl 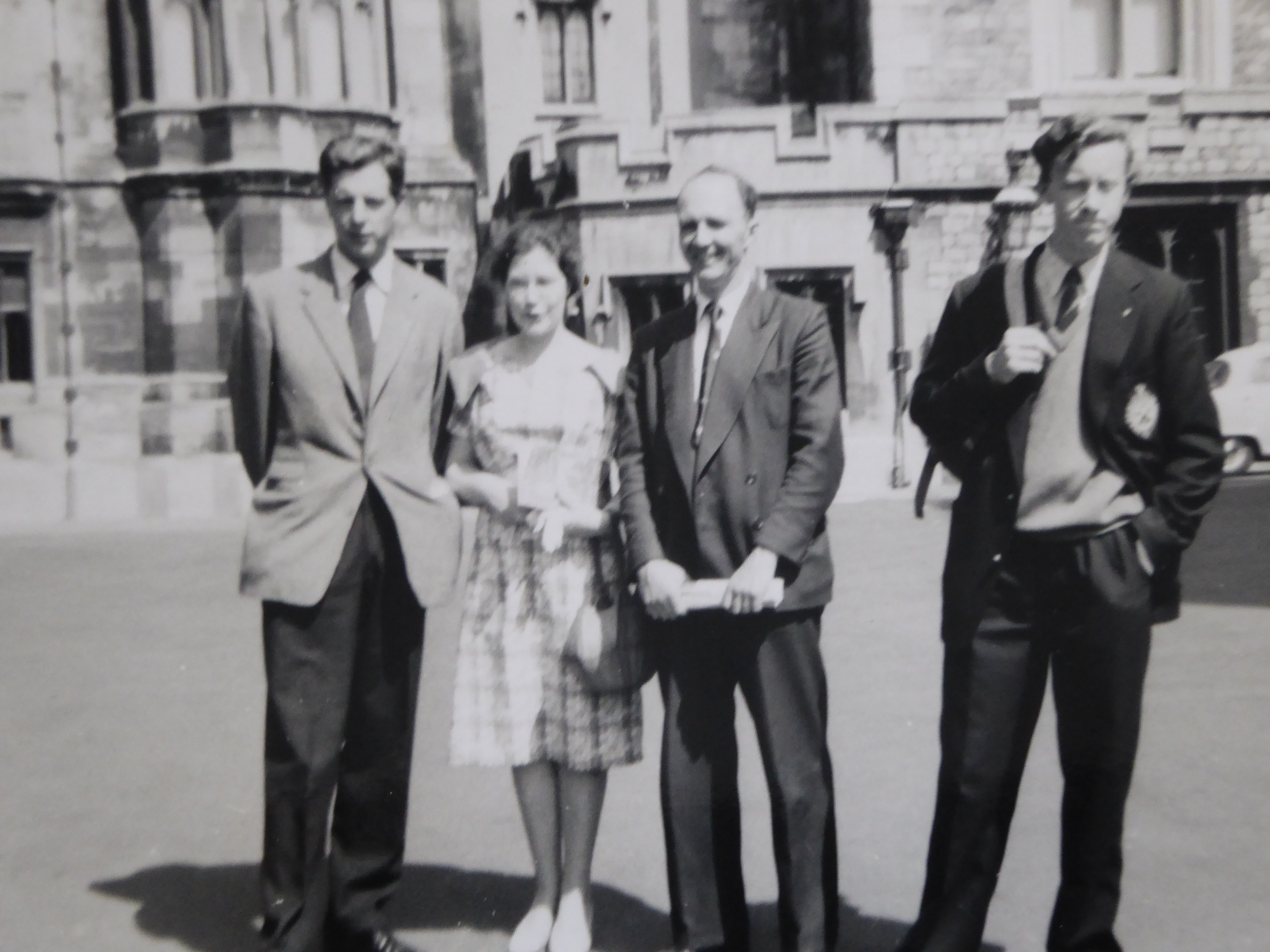 Two photos you may find them interesting!One is of 4 teachers, taken during my second year at TC (still at Goodrich Road then). It was taken on a school trip to Windsor Castle.L-R: Mr. Hilder (French) – Mavis Ireland (French) – Evan Jones (History) – Douglas Hahn (Geography)The other is the girls of Form 2S. It was taken on 2nd March 1959 by Bill Keenan (PE) in the playground at Goodrich Road. 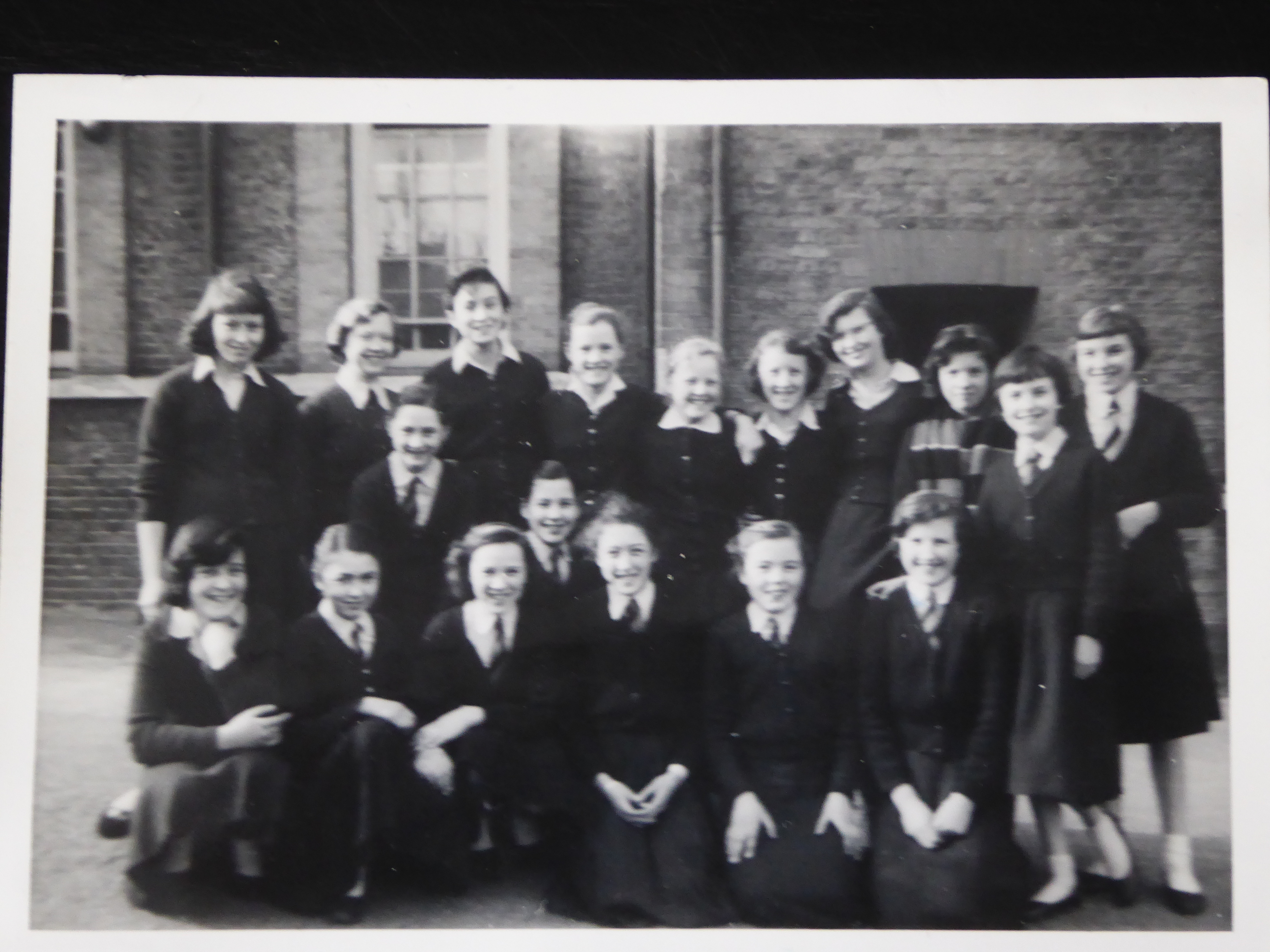