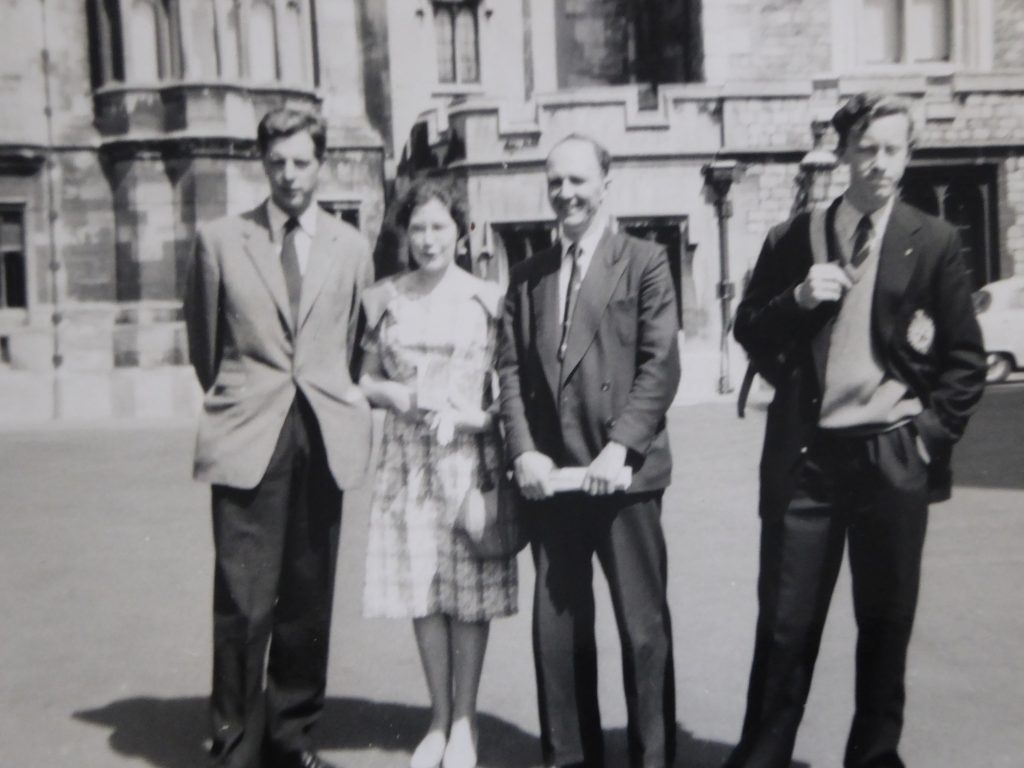 HOW I ARRIVED AT THOMAS CALTON IN 1957

When I decided to embark upon a career in teaching there was a shortage of primary school teachers and despite the fact that I was studying French as my “main course”, I was forced into training to teach young children. After a year in France I applied to the L.C.C. for a position. In those days new teachers were assigned to a district and not to a particular school, until they had passed their probationary year. At my interview in County Hall I was asked why I had trained for junior school work and when I explained, the response was that it had been a waste of time and I should go to Thomas Calton and teach French! This suited me well, but I had had absolutely no training in how do cope with life in a “Sec. Mod. “ which was as far removed from my own school career in a “Direct Grant” all girls school as you could imagine!

So it was that I first met the formidable Miss Salisbury! Looking back on those early years I realise that I was probably more of a problem than an asset as I had to learn “on the job.” As a young member of staff I had to fit in and teach other subjects. I was happy with the humanities and enjoyed the variety ,but having spent my own school days dodging Gym. and Games ,I now had to pretend to be enthusiastic when helping Miss Ham with Cross Country Running .I confess I turned a sympathetic blind eye to the enterprising students who caught the ‘bus!

The Home Economics department, Cookery and Needlework, was so old fashioned it was like my mother’s description of her school days, funnily enough in Peckham Ivydale School during the first world war.
Miss Joublin , who was a native French teacher had a very old fashioned method—but it worked. She favoured a course book entitled “Les Aventures de Madame Souris”. For those of you who missed my brilliant French lessons, in translation this is “The Adventures of Mrs. Mouse”. I kid you not, there is a copy in the Museum of Childhood in Edinburgh.

Miss Salisbury retired and was replaced by Mr. Potter whom I found less terrifying. He and his wife were hospitable and gave me much encouragement, particularly when I wanted to spend a year in Italy.He persuaded the Local Authority to keep my job open; he hoped to introduce Italian as a second language. By this time I was not so raw and having mastered class control to a reasonable level, was happy with this and really wanted to return . I had grown to feel part of Thomas Calton and Peckham and was to spend a further ten years there.